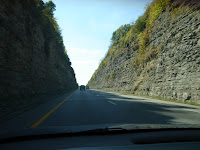 This weekend flew by so much quicker than I imagined! I got home around 10 or 11PM Friday, and left Sunday afternoon around 1PM. Talk about a short trip considering it was a 400+ mile drive!

I already told you guys about the race, but I never posted any pictures! I brought my camera to the race and somehow broke it so the display didn't work anymore, but fixed it Sunday morning. "But Doug, how did you fix the camera?" you ask. I fixed it the only way I know how to fix a camera, I punched it in the face! And by punched it in the face, I mean I smacked it a few times out of frustration, and it decided it better listen to me. Hey, I'll take it! Here are some pictures from the race: 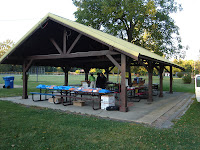 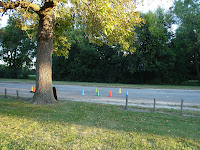 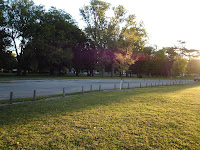 The pavillion, finish line, and start line around 7am. 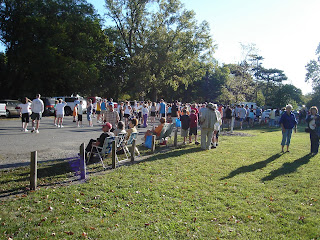 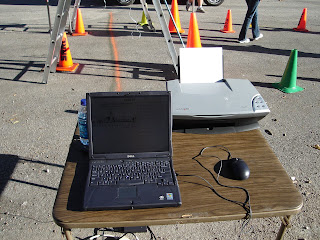 My setup for timing (those slow pokes, Prefontaine would have finished by now!) 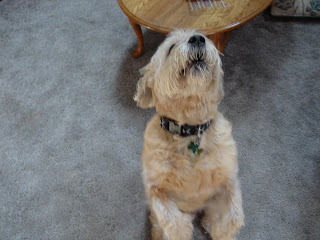 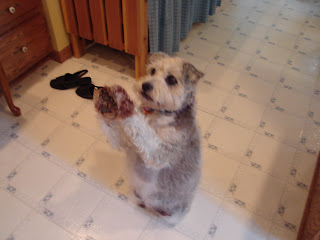 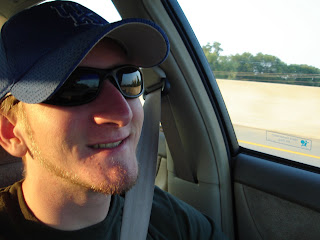 I was smiling the whole way back to Kentucky (okay, maybe not) until.... 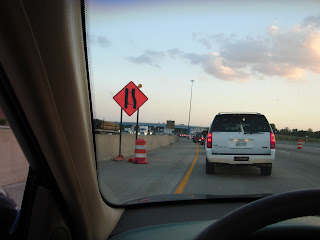 Okay, thats all for the pictures, I think!

Yesterday I put in another 4 miles. I could definitely feel a little pain in my hip, but it was minor and not getting worse! Afterwards it felt fine after stretching and icing it. Today, it feels great! And I haven't even had any Aleve, imagine that! The only thing that stinks is that I'm just getting off this break, so I'm ready to rock, but.... its taper time! Ideally I would like to put in 30-35 miles this week, then some minimal amount next week, maybe 15-20.

Judging my fitness after my break, I still think going under 3 hours is attainable (sorry, Nic). Whenever I stopped paying attention on my run yesterday my pace would slowly creep under 7 minutes. I guess I was doing something right on that bike! I am not going to shoot for 2:50 at Chicago anymore, not this time. Maybe at Boston!

I'm really pumped to have a functional hip again, I can't really explain it; use your imagination!

I hope everybody had a great weekend!

congrats! i'll make it on my own, but it woulda been fun! glad to hear it's behaving itself.

Great pics -- looks like it was a fun weekend!

Broken camera repaired through "Impact Technology", I love it!

Good the hear the hip is holding in there, not long to go now, just remember to breath!

Great pictures! Thanks for sharing!